Billy’s Blog 3: Too Cool For School? 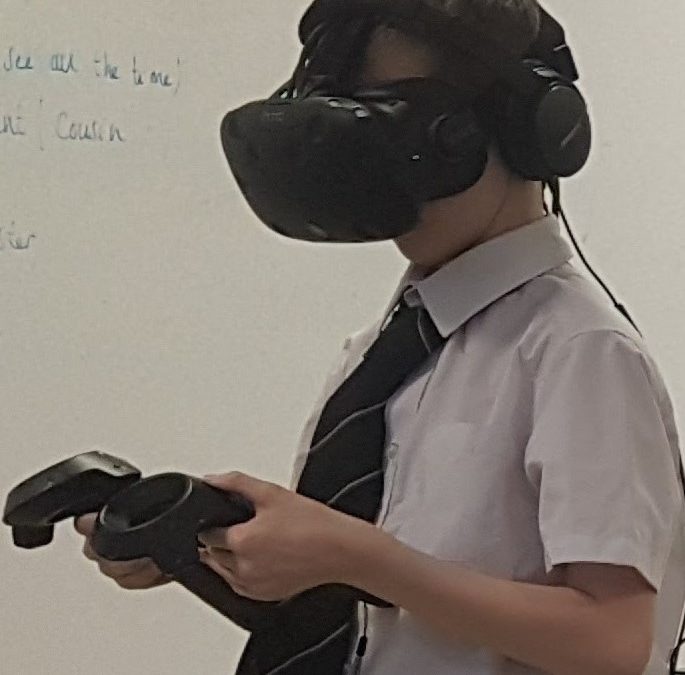 A question I often get asked is ‘Can you tidy up a bit more often’? Another question I’m often asked is ‘What is stopping VR from being used in more schools in the UK’?

Both are excellent questions, especially the first one if you’re reading this. The second question is a little harder to answer than the first however.

People often think it’s the cost of VR that makes many schools – already doing so much with so little – reluctant to incorporate VR into their lessons. Viarama exists to widen access to the very best technology, so it can’t be cost that’s preventing VR’s proliferation.

More than a year ago we were contacted by a local education authority that shall remain nameless. They had been referred to us by another LEA and this is generally how we come to work with most of our clients. So far so good. I tried to arrange a meeting so that we could show the client the difference between what they had been offered and the high-end VR that we use, but it proved impossible to organise for some reason. After about six months of this (I’m persistent if nothing else) the LEA boss eventually got back to me to say they were going to go with Google Expeditions ‘…as they were cheaper’. I pointed out that we hadn’t discussed cost at all, and that as a social enterprise we work with our clients across the board to ensure our service is affordable. As our goal is to broaden access to the best VR, I told him, so we will work with six schools in their region for six months, completely free of charge.

I’m sad to say I have yet to receive a response to this offer.

Now I get that Viarama is not Google. We’re not a household name. If I tell you that the service we provide is better than Google’s, it’s really hard to believe – especially if you’re not prepared to even try it! It’s true, nonetheless, and this is getting closer to the brass tacks of the problem.

We work in schools across the country. The responses we have seen have been staggering. Not just pretty good, not just great. Staggering.  We have been measuring this for some time now using simple qualitative and quantitative methods. Every single day kids say to me that it’s the best thing they’ve ever done, it brightens up their day so much, they look forward to it all week, the love the sessions so much, they want to learn how to create this stuff, they want to work in STEAM subjects, and so much more. We measure their mood upon entry & exit and it the results are 100% positive. 100%! Can you think of another educational offering that is regarded by the pupils as being 100% positive?

We’ve had kids with developmental disorders literally breathe a huge sigh of relief when they get inside the VR world, and say out loud ‘I feel so calm’. This is the kind of feedback that keeps us going.

We spend around 40% of our time working with pupils who are excluded from the mainstream. These are often kids who have faced adverse childhood experiences throughout their lives. The fact is, traditional methods of education often don’t work for these kids. VR however, does. The saddest part of that is that the vast majority of kids in this situation are super-bright and just need a new direction to point their enthusiasm.

Using VR as a Trojan horse if you like, pupils learn without even realising they are learning. Surely this is must be a goal of education – effortless learning?  If we are going to be able to reach the hardest to reach pupils then we need to harness all of the weapons in our educational armoury. VR isn’t a replacement for traditional learning methods, it’s an addition.

We use VR to boost problem-solving skills, improve resilience, and boost self-esteem. We introduce challenging situations and work with pupils to show them that no, actually, they can do it. They can achieve, they can solve the problems they face.

The reason we take the very best VR available into often under-resourced schools in areas of multiple depravation is to show these kids clearly and unequivocally that they deserve to have access to the best. I tell them that most days, and I believe it wholeheartedly.

Do you? Because that’s the real problem holding VR back in schools – attitude and the willingness to engage with new experiences.